Monday, March 3, 2014 -- Two days ago the temperature here was in the 80s, I was in shorts, trees were beginning to bloom, and I was thinking that I might be heading out to the Texas Panhandle to do some work on my next drawing/painting/video project in a week or two. Then the ice storm rolled in yesterday, and the temperature this morning was quivering at the 18º F mark. So, the Panhandle trip will likely wait till April -- but preparations are certainly underway nonetheless. (Stay tuned for details.) 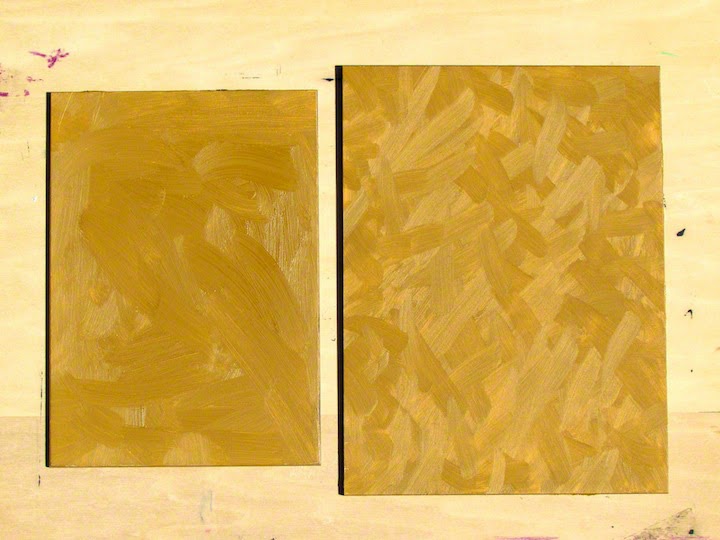 If, like me, you are a fan of pochade boxes (and especially if you own more than one) there's a good possibility that you have one designed for 6x8in. (15.24x20.32cm) panels. But, unfortunately, 6"x8"x1/8" panels haven't been available commercially in the U.S. for years… until now! 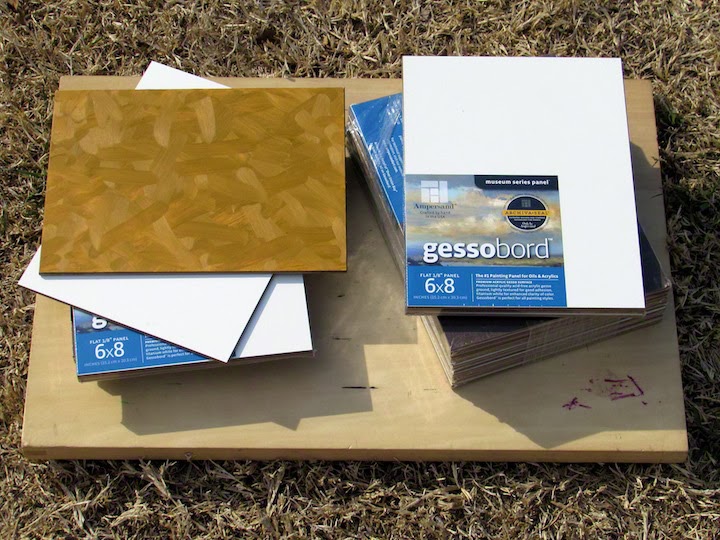 the new panels stack up nicely

The Ampersand Art Supply company of Austin, Texas, has just added 6x8 to their 1/8" Flat line in a very economical 3-pack. (Interestingly, they've offered the size in their 2" "Deep Cradle" line for years.) It doesn't appear in their online catalog just yet, but two major firms -- Jerry's Artarama and Dick Blick -- have already committed to stock them. And, in fact, after patiently waiting in "back order limbo" for three months I just received my first shipment of 30 panels. (Yea!) 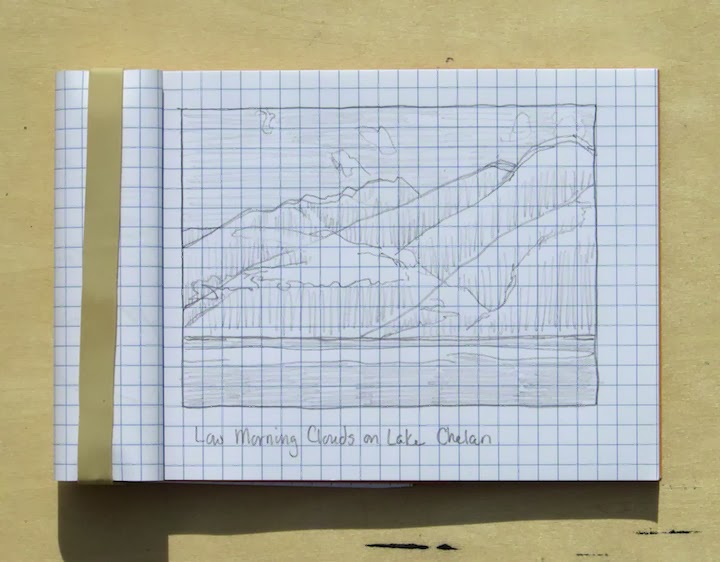 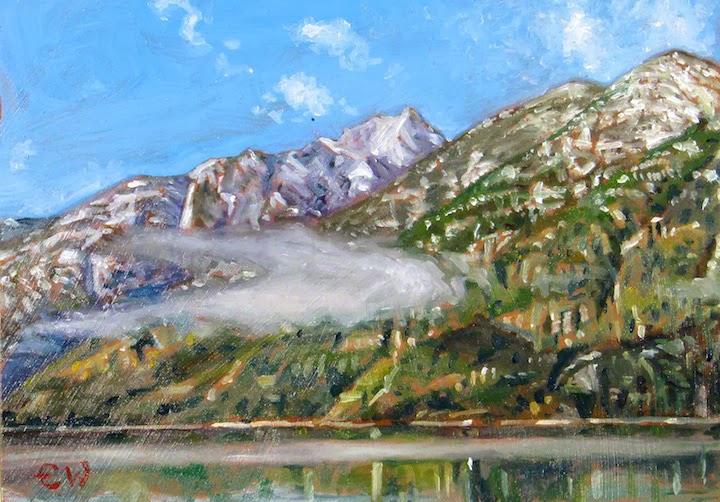 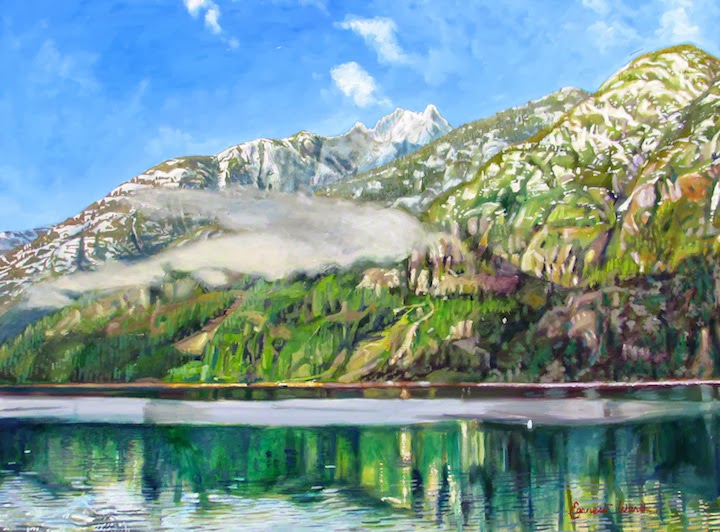 Personally, I often enjoy doing a small-scale study, followed with a full-scale panel (either on my French easel or in the studio, when I got home.) Until now this has usually meant using a 5"x7" panel and then modifying the composition to do an 18"x24" panel. No more! Now I can begin with the 6x8 and simply up-scale to the 18x24. 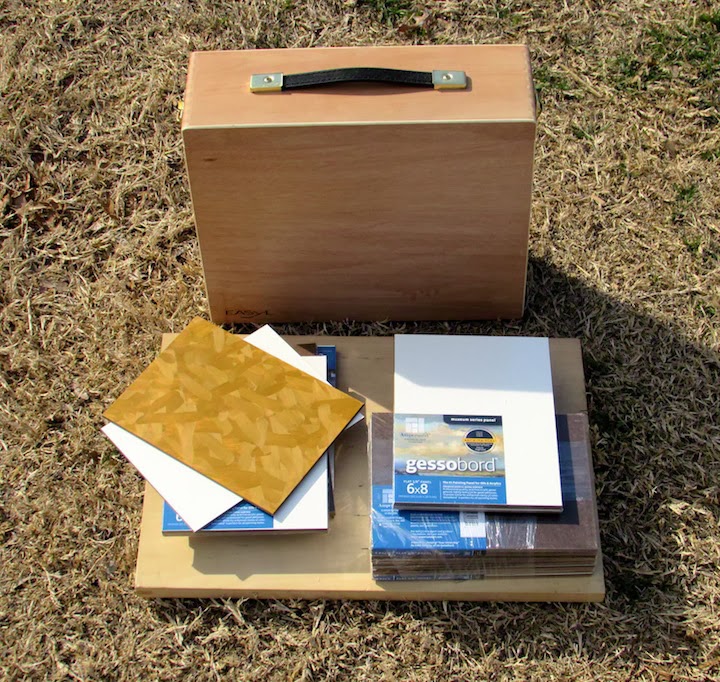 for extended expeditions, 20 of the new 6x8 panels all fit nicely in the
beautifully crafted wet panel carrier from Easy L 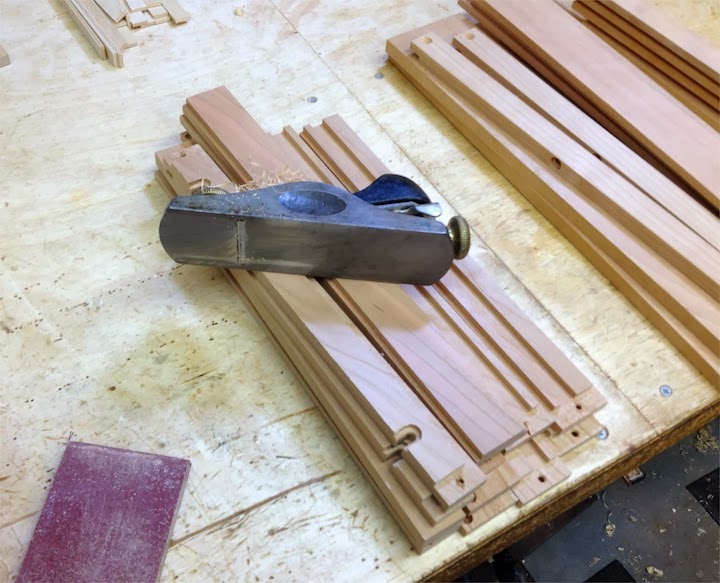 some of the beautiful cherry wood "bits & pieces"

For quite some time I've thought that it would be really nice to have a pochade box that could handle a wide range of panels (say, from 5x7 up to 9x12 maybe) and that would be light enough to trek about the wilderness with. My rusty French easel can easily handle the panel range. But -- when loaded out with a full complement of paint tubes, brushes, rags and brush cleaning pot -- it sometimes feels like I've packed the entire studio. 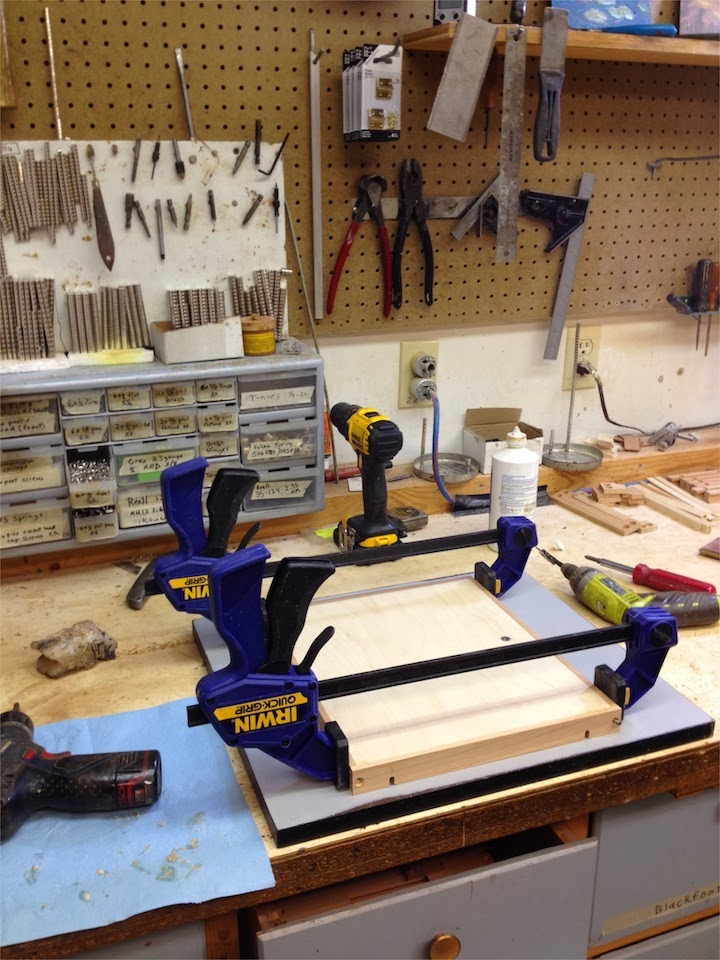 So, when I received the little "windfall" (thanks to this month's Strathmore workshop), I looked at all of my options (and there are some beautiful options out there!) and decided to invest in a piece of fine, light weight furniture that could handle small to intermediate panels and carry enough paint and brushes for a productive day of sketching in oils. My final choice -- a Bitterroot Lite ingeniously designed and beautifully hand-crafted in cherry wood by Ben Haggett of Alla Prima Pochade LLC. 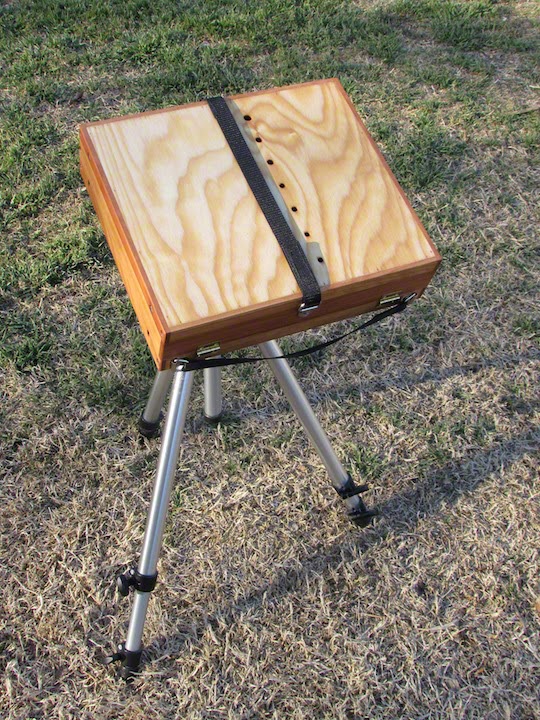 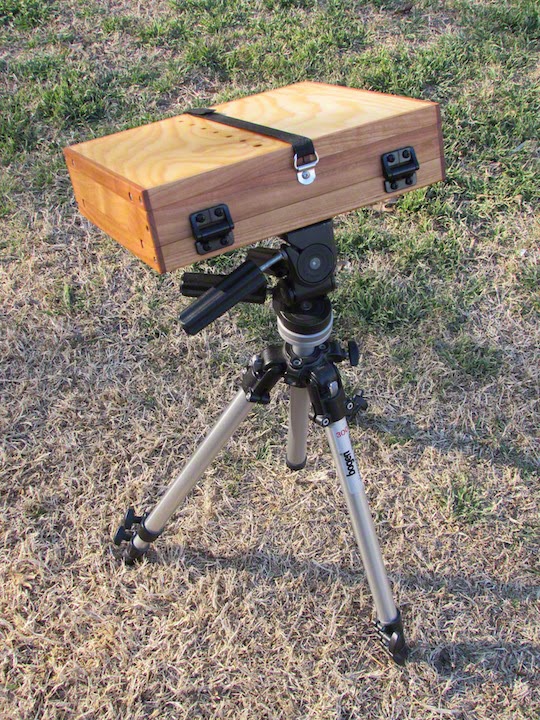 the Bitterroot Lite -- with trays & easel in stored position... 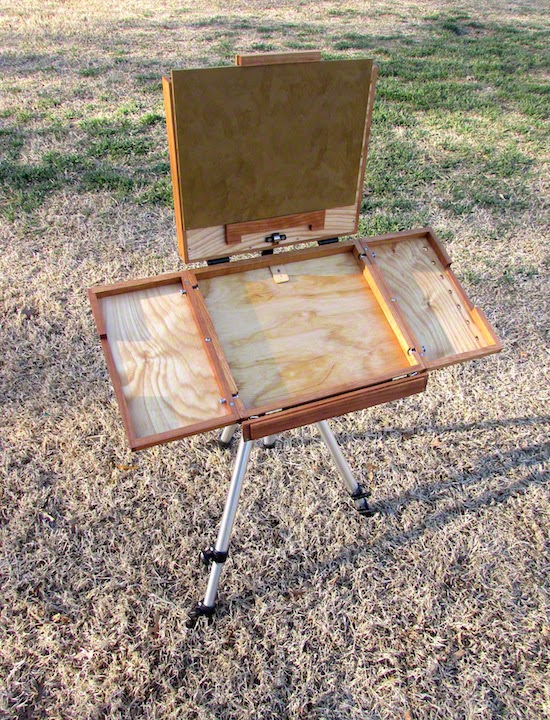 …and opened for business -- with a toned 9x12 panel in place

(Watch for the Bitterroot to play a starring role in some of my plain air videos later this spring.)