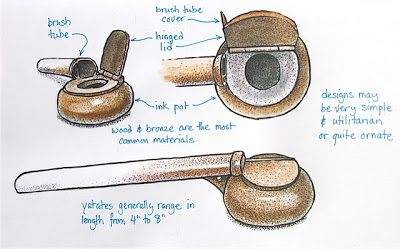 a simple yatate of the Edo period

The fountain pen first appeared in Japan just over a century ago (introduced, according to some accounts by a sailor on a merchant ship) and quickly grew in popularity. However, unlike written languages of European/Western origin , the Japanese written language involves more painterly mark-making; aficionados were quick to point out that not even the most flexible 14k "wet noodle" could compare with the expressive range of a well-made calligraphy brush. 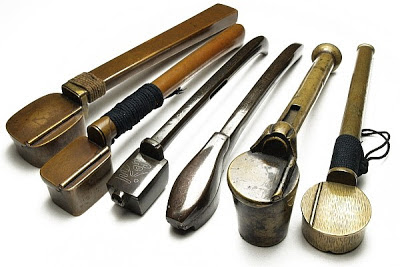 a variety of yatate designs

To this day there are in Japan (and no doubt in China and the rest of eastern Asia) staunch advocates and devotees of the yatate (including famed American ex-pat watercolorist and sumi-e artist, Frederick Harris) -- a "traveler's kit" consisting of brush, carrying tube, and portable ink pot. In fact, vintage yatate from the Edo period are highly sought after collector's pieces -- both as works of art, historical artifacts, and functional writing/drawing tools.

United States yatate advocates include Cathy Johnson, who has written of the pleasure of using the Japanese travel kit on FaceBook and her blogs. http://cathyjohnsonart.blogspot.com/2009/05/miss-lara-and-yatates.html

Unfortunately, the going price of yatate have put them out of the range of many who are simply looking for a highly versatile tool for everyday use. But, as the proverb goes, necessity is indeed the mother of invention. 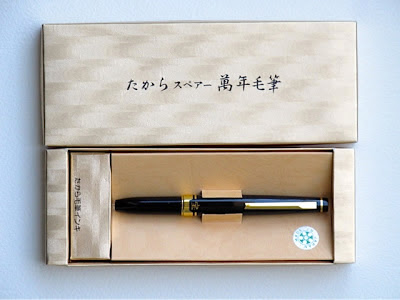 To meet the demand for a small, portable writing (and drawing) brush with the functionality of the fountain pen, Japanese brush manufacturers introduced the brush pen -- for all outward appearances a fountain pen (when capped) that could be easily clipped into a shirt or jacket pocket, but when posted a sumi-e brush with built-in ink reservoir and wonderfully responsive sable (usually called "weasel" in Japan and China) brush tip. 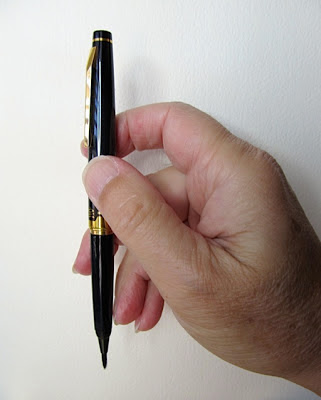 Due to the fine craftsmanship and quality materials that go into these brush pens, however, they too can be a bit pricey for students and those on tight budgets. (The Kaimei Sumi Brush Fountain Pen pictured above can retail for $72.95.) Enter the creative folks at Sakura Color Products Corp. -- the inventors of the oil pastel, creators of the highly successful Pigma Micron pen series, and parent company of the Hayward, CA based Sakura Color Products of America. In 1982 the company combined the barrel and inks of their widely used Pigma Micron rigid-tip pens with a rugged, flexible synthetic "brush" tip that offered the user a range of water-proof, acid-free, fade resistant inks, combined with the astounding mark-making range of a sumi-e brush -- all without the fuss or muss of carrying a bottle of liquid ink, or the time consumption involved in grinding fresh ink from an ink stick, and at a very affordable price. 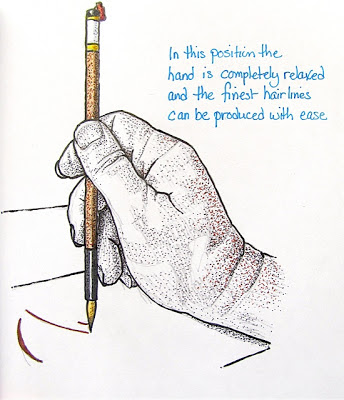 In 1984 Sakura expanded their artist's material line when the company invented the world's first gel ink roller pen -- and added white (a color not available in the Pigma range) to the artist's palette. 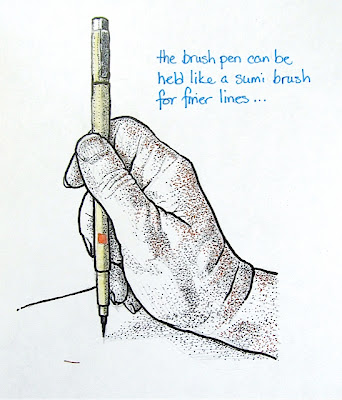 "hairlining" with the Pigma brush pen 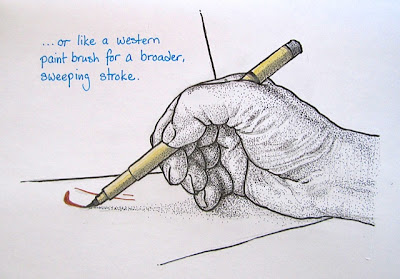 coloring it with a bold and brilliant swash

So, if you incorporate ink into your artwork and/or are interested in experimenting with a wider mark-making range than pen nibs or ball points offer, think about giving the well-made but moderately priced Sakura Pigma Brush Pens a test drive. To paraphrase the line from Casablanca: it could be the beginning of a beautiful friendship! 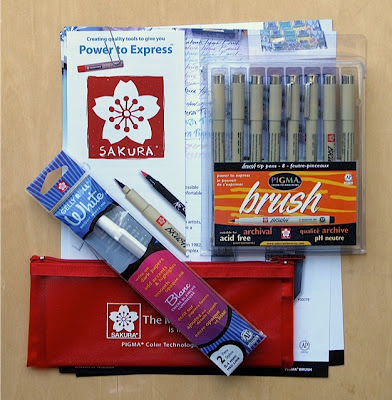 Sakura Pigma Brush Pen Giveaway! How would you like a free set of Sakura brush pens (in 8 vivid colors!) to explore and experiment with? And what if we throw in a white Sakura Gelly Roll pen, and a red Sakura pen case to tote them in? OK, subscribe to this blog (by clicking the blue "Join this site" button at right) and post a comment to this post any time between now and Friday, November 30. On Saturday, December 1 one winner will be randomly selected and notified via PM. The lucky winner will then be announced here on Sunday, December 2. 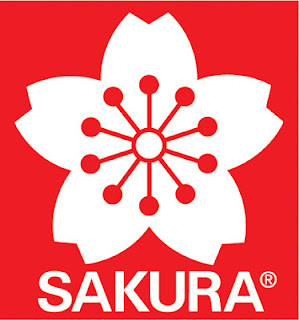 Good luck everyone!
Posted by Earnest Ward at 9:51 AM