Careful research and extensive reading before a journey helps the traveler to develop a better understanding of, and respect for, the people and places that will be encountered along the way. Not trying to do everything in one visit will keep the trip more pleasant and more memorable (and give you more alternate options when Fate presents you with an unexpected change in plans.) And being prepared to jump at unexpected opportunities -- the place, event, or people you didn't learn about in your pre-travel research -- is the thing that Adventure is made of. "When traveling on the river, go with the flow!"

Before leaving home on my Italian adventure I decided to construct my own journal, selecting a paper that I felt would serve equally well for graphite, pen & ink, and light watercolor washes (I chose Strathmore 500 Series Drawing.) and a structure that would be both rugged and versatile (a coptic sewn structure in a soft leather wrap-around binding modified from a medieval design.) To save weight and limited space in my luggage (one carry-on sized backpack and my sketch kit) I decided to forego my fountain pen and ink bottles and opted to drop a dip pen in my watercolor box and let my watercolors do double duty as drawing and writing medium. 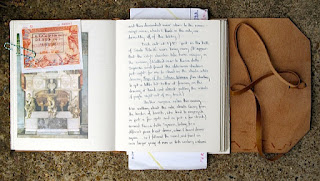 My early morning departure from Roma was on a Sunday. The streets were free of the usual weekday traffic. I virtually had the bus to myself and enjoyed one last, leisurely tour of the Eternal City en route to the train station. I even chose to take the local train to Firenze instead of the express so the hill towns and countryside would be more experience and less blur. I wasn't disappointed by the alternating parade of rolling hills, farms, vineyards country villages, and hilltop towns.

Arrival at Florence's massive Stazione di Santa Maria Novella is a little hectic, even on a Sunday. But, walking just a short distance from the terminal, I quickly realized how much quieter, more relaxed, the city was than Rome had been; with fewer vehicles -- more "pedestrians only" streets. Many of the local busses that passed me were powered by nearly silent electric motors (to reduce noise and air pollution?)  As was to be expected, the areas around the Duomo and the Ponte Vecchio were bustling with tourists and shoppers. But side streets were refreshingly breezy and quiet. And the noise level dropped steadily as I neared my hotel in the Oltrarno. (During the work week I was struck by the fact that, in many neighborhoods, the predominant sources of sound were people's voices and the repetitive "plink" of stonemason's hammers. How wonderful, I thought, that there was at least one modern city that was still building for permanents.) 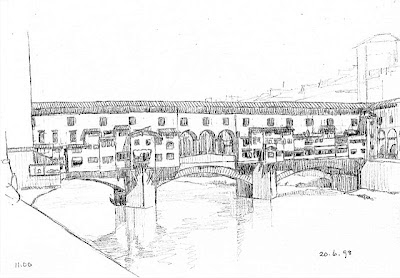 I set a rule for myself before leaving home; I could draw all I liked, but I could not spend more than half  of each day indoors. So, I alternated between visits to museums and churches, and leisurely strolls through parks and along residential streets. I visited the Casa Buonarroti -- where I was awestruck by intimately scaled drawings, a rough model for a sculpture of a mythical river god (constructed of clay applied over an armature of reeds and hay), and a tiny maquette that still bore Michelangelo's finger prints! -- and then imagined myself following in the man's footsteps as I wondered streets that may have been layer out by the Etruscans. And I spent hours standing along the Arno or sitting in a sidewalk cafe, watching Life go by and enjoying its multi-colored flavors. Ah, la dolcezza di non fare niente! 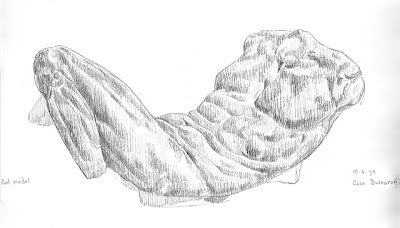 I spent one morning visiting what is (for me) the best laid-out, most human-scaled art museum in the world, and then contemplated it all over an al fresco lunch at one of the best-located terrace cafes anywhere (the Uffizi!) After lunch I took a nap back at my hotel (a very decadent self-indulgence for any American over the age of 10). And, in the late afternoon, I sketched in the Piazza de' Pitti and strolled the Giardino Boboli. 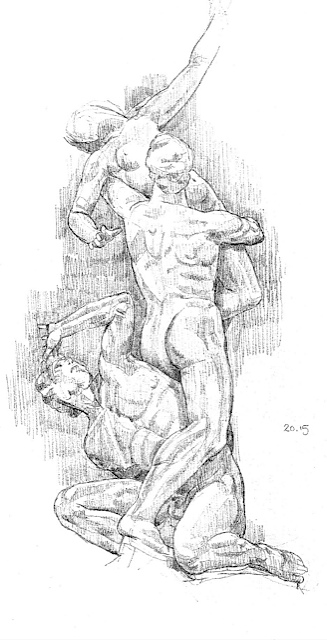 Early one evening, just as I completed a pencil sketch of  Giambologna's Rape of the Sabine Women, I heard trumpets and drums. (Travel rule: in Florence, always investigate the source of drums and trumpets!) Within minutes I was sketching a group of 15th century noblemen and athletes as they made their way toward Santa Croce. And within a half hour I had joined a group of enthusiastic spectators as we watched two rival neighborhood teams compete in a game of Calsio Storico (which I later learned is also known as Calsio Fioentino -- a slightly-less-than-fatal ball game, with fewer rules than Aussie foot, played on sand) as nightfall slipped gently over us. It was all so spectacular! 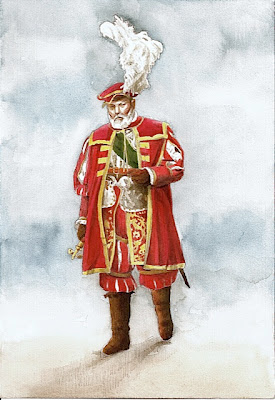 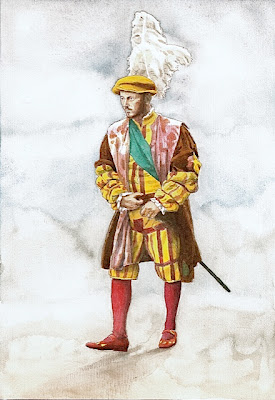 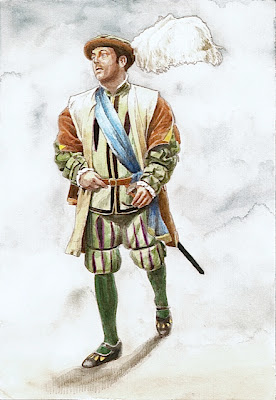 Most evenings, however, I preferred to find myself back at my hotel, where I could enjoy a refreshing drink on the roof-top terrace, enjoy the fragrant scent of the wisteria, and relax as - one after another - the neighborhood church bells took their toll. And, in the mornings, I learned that the Florentines were far more relaxed about the start to their day than their Roman counter-parts. As I would start out after breakfast on my morning sketch crawl I would find the goldsmiths' shops of the Ponte Vecchio shuttered behind their beautiful, massive, wooden shutters (which went completely unnoticed by the throngs that visited the bridge's glittering shops throughout the rest of the day.) 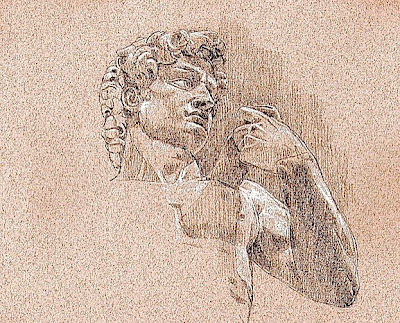 It's probably safe to say that, "All work and no play" is seen as decidedly unhealthy by Italians in general, and Florentines in particular. And, while art making IS play to me, my landlady didn't see it that way. Every day she would kindly, gently (and firmly) provide me with a list of free, non-touristy performances and events to entice me out after it had become too dark to draw. So, finally, in order to set her mind at ease and stop her from loosing any more sleep over me I joined the residents from the neighborhood around the Piazza del Duomo to enjoy a cup of fresh gelato and a delightful open-air opera performance provided free for the benefit of all by a local television station. (SO many things in Florence were free -- offered just for the fun of it.)

And every evening ended with an update to my journal and an illustrated card or letter home to my wife and son. (I love snail mail!) La vita è buona!