Tools of the Trade #2 - Plumbago, Napoleon and a No. 2 Pencil 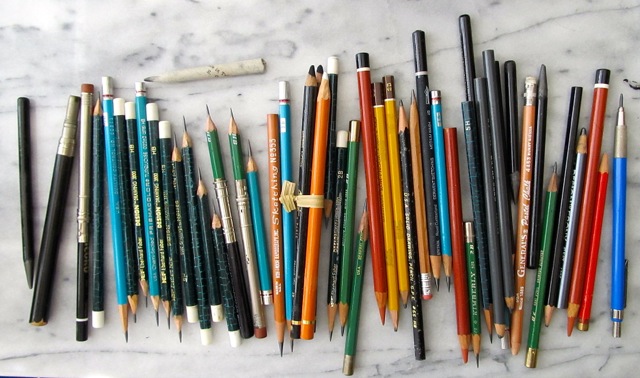 Some things become so interwoven in our day-to-day routine that we run the risk of taking their special properties for granted. The subject of this installment of Tools of the Trade is just such an item -- such an integral part of so many people's lives that we don't even think about it, or what the art world might be like without it.

In 1564 a tree was blown down during a storm in the Cumbrian Lake District of Northern England, uncovering the world's first pure deposit of a strange new substance. The new material soon came to be called "plumbago" (after the Latin word for lead) and rapidly gained in popularity among artists for its amazing mark-making properties.

By 1600 plumbago had become of strategic importance and was controlled by the British crown. (It had been discovered that canon balls cast in graphite molds were more spherical and therefor had more range. And this, in turn afforded Britain's navy a tactical advantage over her enemies.) This did not prevent plumbago (now cut into square rods of about 3 inches in length and wrapped in twine) from making its way into the hands of printmakers in Holland, where it was initially used to prepare images for portrait engravings. However, so delicate and detailed were the new drawings that they were soon being sold as finished portraits -- "Plumbagos" -- and were highly sought after. There popularity would continue for the remainder of the century and just owning one of the new "pencils" soon became a mark of affluence and prestige. 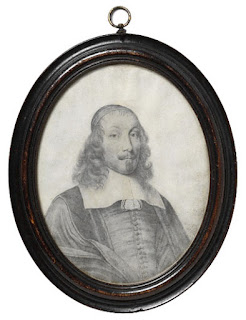 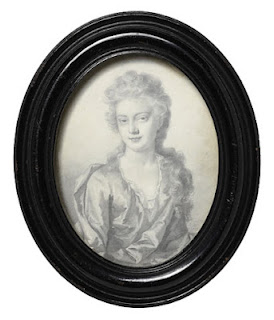 
A second source of plumbago was discovered near Nürnburg, Germany. While it was far less pure than the restricted British deposits, it was plentiful and a lucrative international trade -- until a British and German blockade of France was initiated in1792 following the beginning of the French Revolution. Desperate to find an alternate, home-grown source for "pencils" the government of the new French republic called upon the inventive skills of Nicolas-Jacques Conté -- artist, adventurer, inventor, army officer, and artistic advisor to Napoleon. Within days Conté had discovered that by baking a mixture of refined graphite powder and kaolin clay he could produce outstanding "graphite" sticks, that by varying the amount of clay he could control the hardness or softness of the sticks, and that these sticks could be placed in either a metal "port-crayon" or a hollowed out wood sheath. And thus the modern pencil -- the Queen of all artists' materials -- was born. 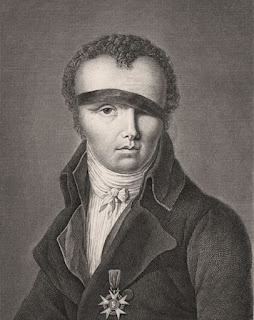 
Within three decades the astonishing mark-making capabilities and expressive range of this new medium had revolutionized the art world -- to the point where no artist would thinking of doing without this now "essential" tool and patrons were as likely to commission a pencil portrait as one produced in oil paints. 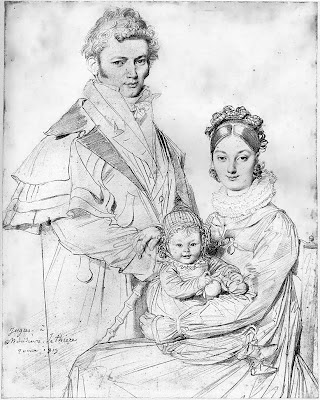 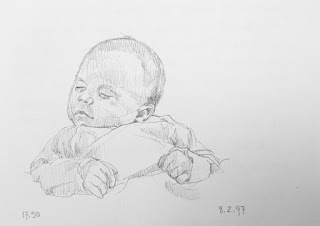 A pencil helped announce my son's arrival to the world. 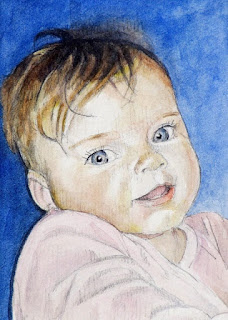 A pencil combined with watercolor to capture the glow of my daughter's smile. 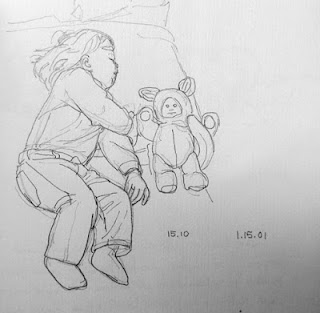 And pencils have always been on hand to capture those fleeting moments, 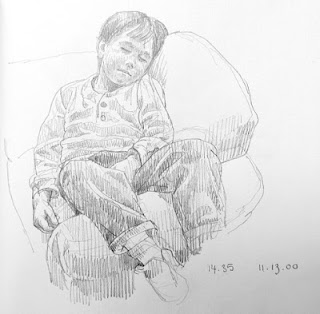 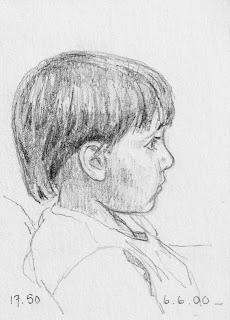 In the hands of a skilled artist/explorer like Thomas Moran the graphite pencil has been able to capture magnificent vistas through expressive line and word. 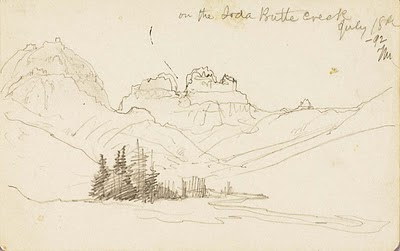 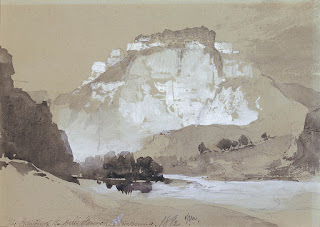 Or it has been partnered with light/dark washes or the merest hint of color to convey landscape on a monumental scale.

The pencil has also been a prime tool for the naturalist, ideal for recording observations and measurements of flora, fauna, geological formations and meteorological conditions under conditions that would make ink weep and paints run. 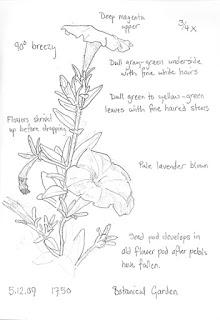 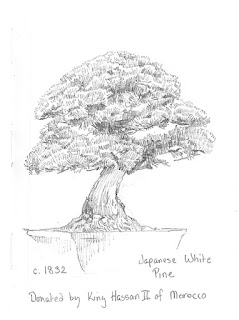 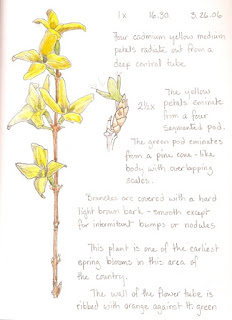 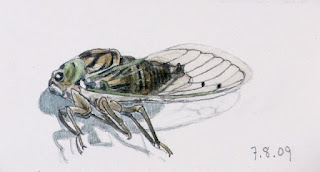 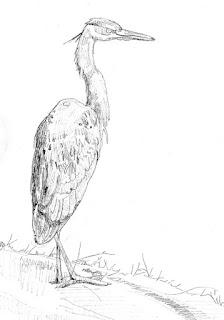 So, the next time you see a lowly pencil lying forlorn and abandoned on the ground pick it up and invite it to join you. It will certainly prove helpful on your next adventure. (And, who knows, it may tell you of its own!) 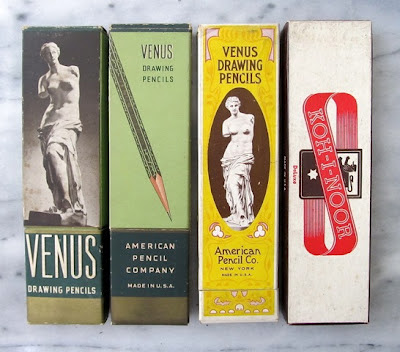 Some folks even collect "new old" pencils -- old pencils that were never sold and are still in their original boxes (in this case, early 20th century.)

OK, to be honest, "great" is probably a bit of hyperbole. But I thought it might be interesting to introduce a little giveaway (everyone likes "free stuff", right? and free art supplies doubly so) as a "Thank you!" to everyone who has visited my blog and left such generous comments.

This is how it will work. I will announce the "grand prize giveaway" item with each new posting of Tools of the Trade. (I'll try, whenever possible, to make it relevant to the theme or subject of the post.)
Posting a comment to the Tools of the Trade article automatically enters you in the drawing. (No purchase necessary! ;-D) The "contest" will run for one week, or until the the next Drawn to Life article is posted. The name of one winner will then be drawn (art pun) at random and the Grand Prize will be shipped off via snail mail as soon as my studio schedule permits.

So, without any further ado....

This week's giveaway prizes (OK, they're pencils right? and I have plenty to spare) are:

one free box (12 pencils, never used) of General Pencil Company No. 595 (Soft) Carbon Sketch pencils. (If you want something blacker than graphite and smoother than charcoal, these are your puppies!) 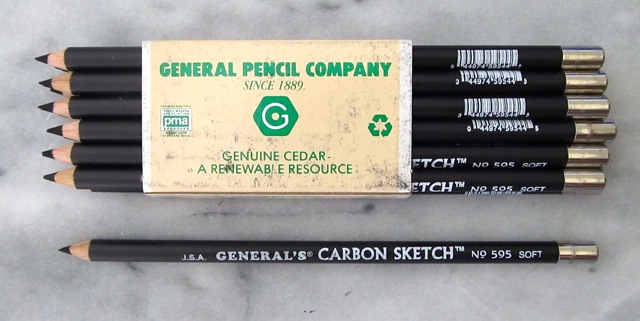 one free box (12 pencils, never used) of Sanford Ebony pencils. (This pencil was originally developed by Eberhard Faber GmbH, using an oversized lead that is soaked in palm oil before being locked in its wood sheath. It produces what is possibly the smoothest, darkest tones possible with a graphite pencil.) (Note: The pencil beneath the box is from another box. This box is unopened.) 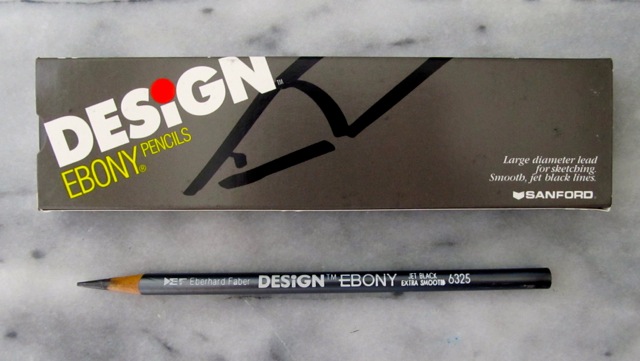 two Sanguine Conté Crayons (unused, in their original bubble pack) manufactured by Conté a Paris, the company that still bears the name of the inventor of the modern pencil.

Thanks again for dropping by. I look forward to reading all of the comments. And I hope you'll join me again for the next posting in a week or so. (In the meantime, if you're enjoying the new blog please share it with a friend. The more the merrier!)