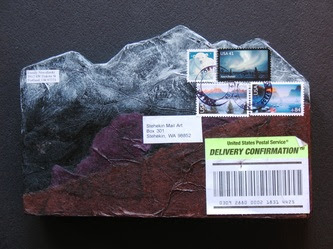 
Everyone knows the United States Postal Service (USPS) has been experiencing rough times lately -- waining First Class customers, upper level management that was better at squandering financial resources on the sponsorship of totally unrelated cycling teams and Rose Bowl floats, a hostile Congress that imposes extraordinary regulatory burdens, and even the USPS’s own work force (who sometimes forget the meaning of customer service). With all this, and more, going against them it might seem that the postal service that was originally founded by Benjamin Franklin has become an obsolete anachronism in the modern digital age -- only good for stuffing our mailboxes with taxpayer-subsidized junk mail. But for some communities that couldn’t be farther from the truth. 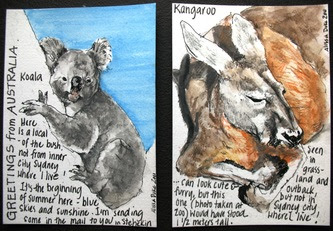 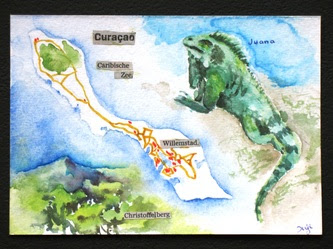 In mid-2011, in an attempt to stem the flow of red ink, the management of the USPS compiled a list of 3,700 post offices which they had selected for possible closure. Now, if  those post offices had been nondescript urban post offices in communities whose populations have easy access to high speed digital communication and are just a few miles of another post office branch, the public response might have been indifferent. But a large number of the post offices earmarked for termination were in rural communities, and many of those communities are still awaiting the arrival of fiber optics and the Digital Age. One of those communities was Stehekin, Washington. 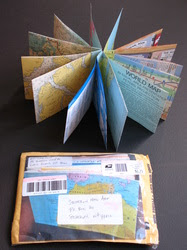 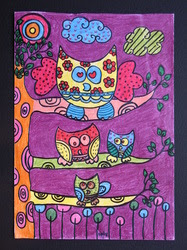 Stehekin is a small, unincorporated township of just 85 year-round residents in central up-state Washington. Because of its location deep within the Cascade Mountain Range, the town has no radio or TV reception, and no cell phone service. It is also 50 miles from the nearest highway, grocery store, doctor’s office, or public library. In fact, Stehekin can only be reached by ferry, float plane, or on foot (via the Pacific Crest Trail). And yet, each year, thousands of visitors flock to this tiny little village. Why? Because Stehekin is the eastern gateway to North Cascades National Park and some of the most beautiful wilderness in the world. It’s also the last provisions point for “through hikers” on  the Pacific Crest Trail (those intrepid adventurers who are completing the final stage of a hike from the Mexican border to the Canadian border). 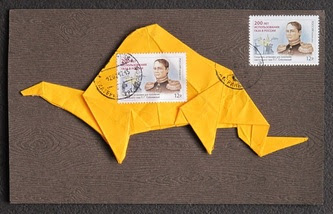 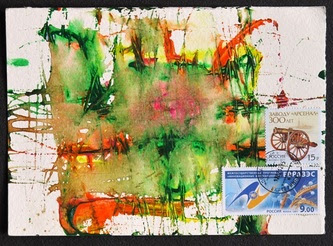 And the post office? The Stehekin post office was established in May 1892 and was located in the Fields Hotel until 1927 and at “the Landing” since. Every household in the Stehekin River Valley has a post office box (there is no door-to-door service in Stehekin) where they receive letters and postcards from the outside world, library books and prescription medicines from the town of Chelan at the “down-lake” end of Lake Chelan. The post office also receives hundreds of parcels filled with the freeze-dried provisions through hikers will find essential for the final leg of their border-to-border trek (and ships out boxes filled with the excess gear hikers discover they can gladly do without on the trail). 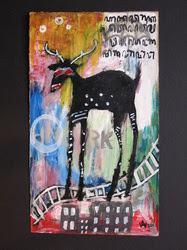 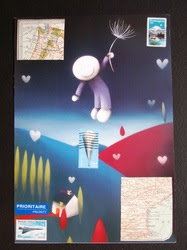 Every day, the post master (the post office’s only employee) meets the mail boat with his hand cart to receive the in-coming mail, and each day he sees the boat off after seeing the out-going mail aboard -- summer or winter, rain or shine. (By comparison, UPS and FedEx packages are off-loaded onto the dock, where they are exposed to the elements till they are picked up by their recipients.) 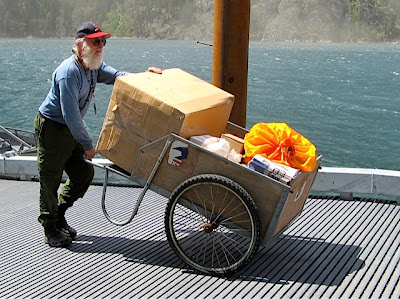 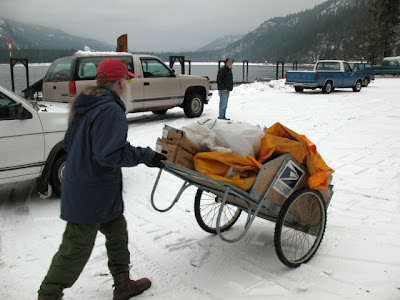 Stehekin, however, is out of the ordinary for a community its size in having both a thriving artist community and its very own community art gallery -- located in the 85-year-old Golden West Visitors Center, which it shares with the National Park Service. And the artists community quickly banded together to draw public attention to the significance of their little post office, and to have fun at the same time. It was decided to host a mail art exhibition at the Golden West Gallery and to invite artists both near and far to participate. 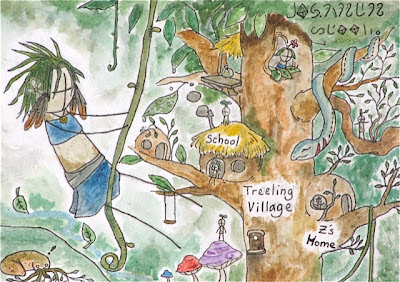 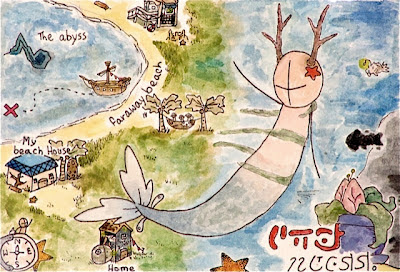 After returning home from my artist’s residency with the National Park Service in the fall I was happy to use my internet and social network access to spread the word to others, who were kind enough to spread the word to even more creative folks. And the result was that, by the time the exhibition was installed in January, over 180 pieces of mail art had been received from 140 plus artists (including 1 pachyderm artist from Thailand!) on every continent except Antarctica -- and the final decision was made in Washington, D.C., not to close the post office! 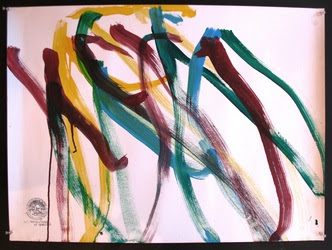 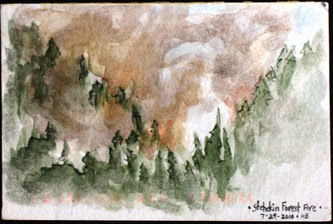 So, if you ever take the ferry ride up the fjord-like lake and get to spend a few days taking in this beautiful wilderness gem of a community, be sure and take a bit of time to produce a watercolor postcard of one of the scenes and then walk it over to the post office. Buy a stamp from Jonathan (He always has a selection of the picturesque ones in stock.) Ask him to hand-cancel it. Then relax on the deck at the Landing Resort and watch as the mail bags depart on the afternoon mail boat. When you return home, you’ll find a very memorable one-of-a-kind keepsake of your visit awaiting you -- and the knowledge that you too may have helped save a post office! 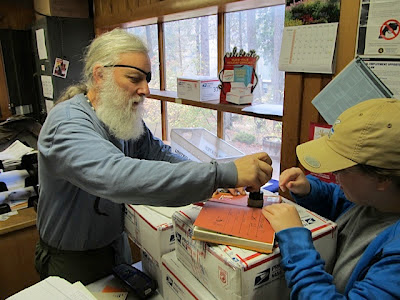 Author's Note: I'd like to extend special thanks to all of the artists who sent work in for the exhibition, Maps, Animals, Mountains, to Mark Scherer for providing the photos of the artwork, to the the Postal Service (both domestic and international) for getting the artwork to Stehekin safe and sound, and Jonathan Scherer -- quite possibly the friendliest postman I've ever met. 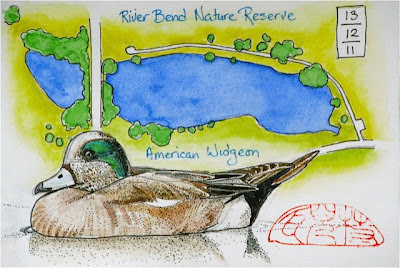 my postcard, from the Lone Star State 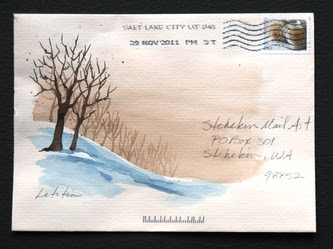