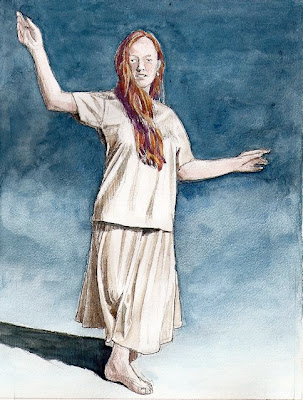 Trying to convey motion in a static image has always fascinated me. For much of my life as a 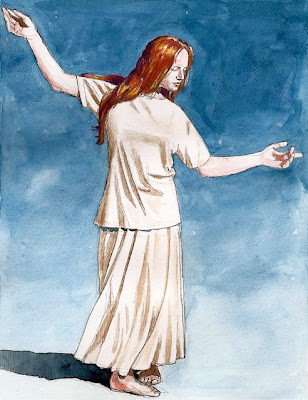 professional artist I (like many artists before me) have also been intrigued by the dynamic poses found in Hellenistic and Baroque painting and sculpture. Dancers in particular have drawn my attention, as has the creative potential of image sequence. 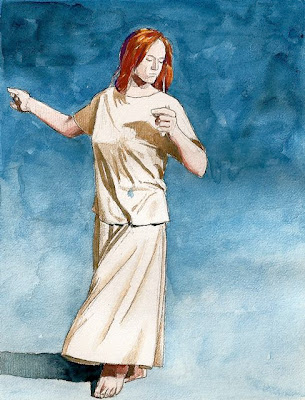 The earliest successes in capturing motion through the sequencing of still images were achieved in France. And (in 1892) Charles-Emile Reynaud gave the first public screening of an animated movie. The film ran 15 minutes in length and utilized 500 separate images hand-drawn and colored directly onto the clear film stock. (It was also the first time in cinematic history that perforated film was utilized in the projection process.) 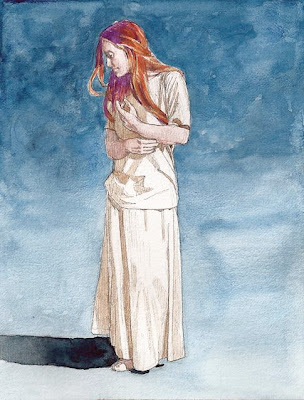 In my own work I have sometimes explored the possibilities of the single, stand-alone image, 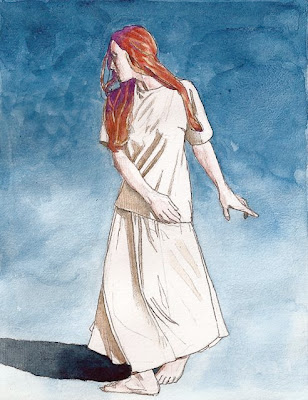 while, at other times, I have used image series like this -- installed in a long horizontal sequence on a 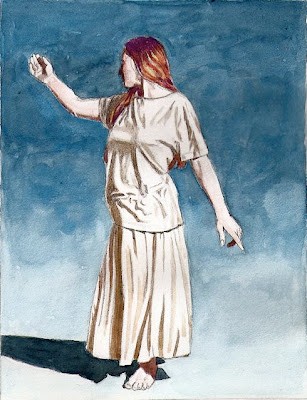 gallery wall to convey both motion and the passage of time. I've constructed with flip books (which have been popular with artists and the "motion picture" industry since at least 1886) and (with the help of my steampunk wife) even experimented with creating my own animation strips for our 2 zoetropes (first introduced around 1834 -- quite the range during the Victorian era and now regaining popularity among  retro and steampunk fans). 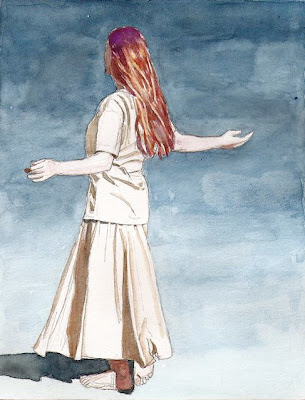 In this action sequence, flowing hair, twisting torso, swirling drapery, swinging arms, and sliding feet tell the story of rhythmic movement, while a very loose and painterly atmosphere implies the movement of the air around the dancer's body. 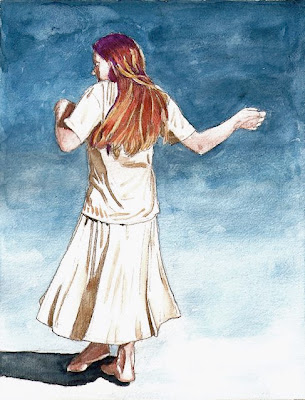 Then, a few years ago, the need to produce a demonstration video on traditional, hand-drawn animation for some of my video students gave me an excuse to test the accuracy of my sketches. 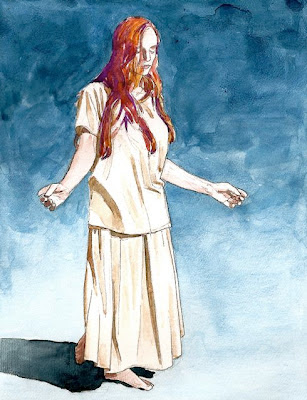 While the 4 fps rate made the movement of the figure a bit more jerky in the finished video than would have occurred in a normal 15 fps animation, the relationship between the dancer and her music was, I think, conveyed in the 142 second/568 frame film.

But why don't I let the video speak for itself and you be the judge. What do you think?

And be sure to keep an eye on my new DrawntoAdventure YouTube channel for future postings of my brand new series of how-to, demo, and artist's materials review videos -- coming to a iPad or computer screen near you!