Of Fountain Pens and Dinosaurs


For those of us who use fountain pens regularly -- whether for correspondence, art, calligraphy, or business -- it is inevitable that at some point someone will (or has) asked, "Why are you still using that old dinosaur?" (or words to that effect). Well, while researching pen nibs recently I learned that there actually is a connection between fountain pens and dinosaurs! 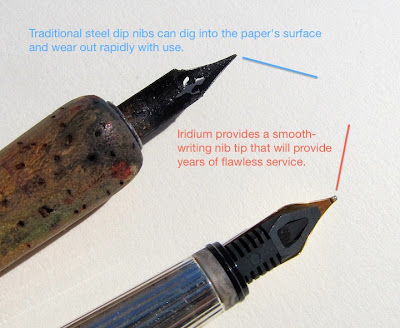 Most of us are already aware that, in order to reduce wear and to provide a smooth writing experience, nib manufacturers have, since 1834, tipped our nibs with a tiny ball of iridium during the manufacturing process. This hard metal is a rare member of the platinum "family" of metals. In fact, it is so rare that it is found primarily in the Earth's core (where, of course, we can't get at it), in meteors (ditto), and in a thin layer of the Earth's crust called the K-Pg (formerly known as the K-T) Boundary. What, might you ask, is the K-T Boundary? Well, it is the thin geological layer (usually no more than 1 inch/3 cm) of pulverized minerals that lead Walter Alvarez and a group of like-minded geologists to postulate that a meteor measuring approximately 6 miles in diameter (and containing a sizable amount of iridium) struck the Yucatán Peninsula some 65.5 million years ago with a force roughly equal to that of a one million megaton bomb. (I know, that's way too many zeros for me to get my head around too.) The result, however, was: A) the extermination of the dinosaurs, B) the creation of deposits of iridium in what would become known as the K-T Boundary, and (possible) C) the tip of my smoothest-writing nib. 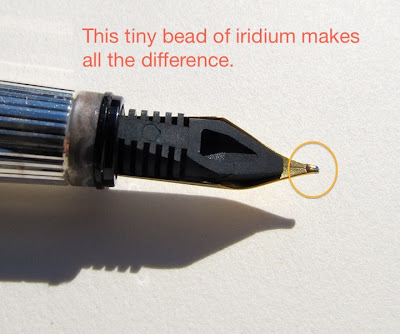 So, the next time some wise guy unwittingly asks you, "Why are you still using that dinosaur?" you can respond, "Say! Do I have a story for you!" 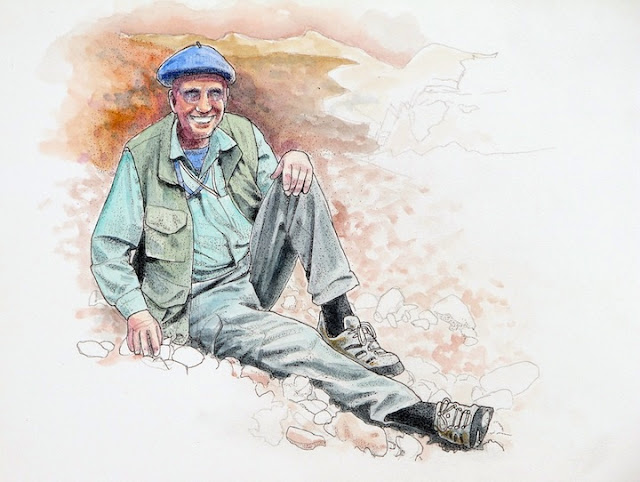 Dr. Walter Alvarez, who led the team that first identified the K-T Boundary.

Parting esoterica (or "six more degrees of separation"): I never heard of Walter Alvarez and his work while I was an undergrad at California College of Arts & Crafts -- even though he was a celebrated professor at the school just down College Avenue from us (that would be UC Berkeley). But I did know of his great-aunt, Mabel Alvarez, and her work (as an avant guard California artist and member of the "Group of Eight"). The world is such a finely interwoven fabric, don't you think? 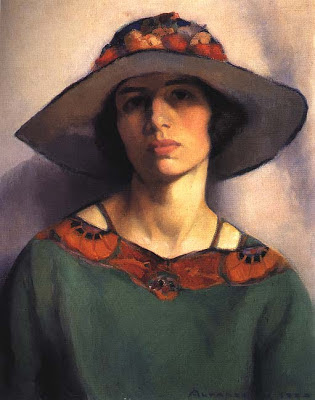 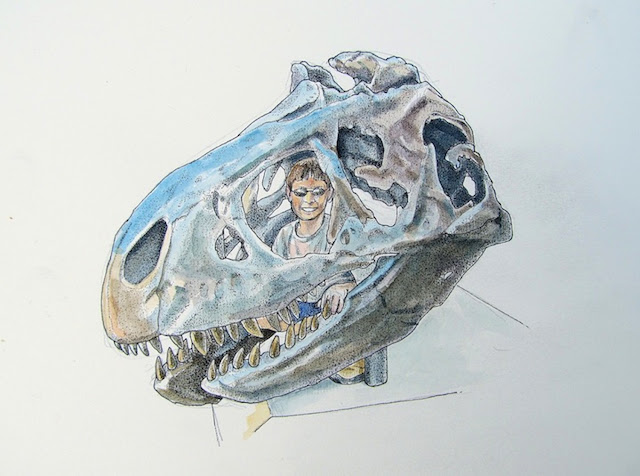 my son and his "pet" raptor