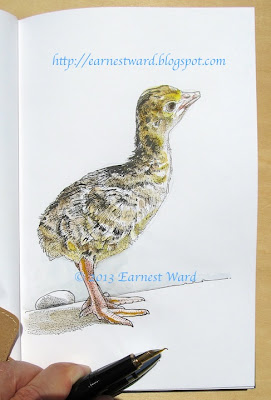 Earlier this week I found myself with a bit of time to kill while my wife was undergoing a physical therapy session and decided to explore some of those "margins the lawnmowers can't reach" that attract me so. Well, I received a totally unexpected treat when I stumbled across a Meleagris gallopavo intermedia (Rio Grande Wild Turkey) and her four chicks (FYI, a turkey chick is called a "poult") just outside the therapist's office! The mother and three of the poults were very shy and took to the shrubs. But the forth chick chose to stay out in the open and posed while I tried out the Hero M86 my children gave me for Father's Day. 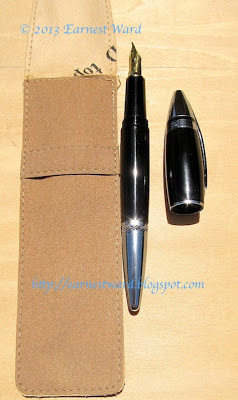 in a pinch, the M86's heavy (mostly metal) construction and unusual shape could do double duty as a self-defense device

The unusual "fude" nib requires a little getting used to for one who is more familiar with a conventional western nib but is amazingly versatile -- easily producing a wide range of marks from the finest hairlines to the a very respectable (and very wet) broad. 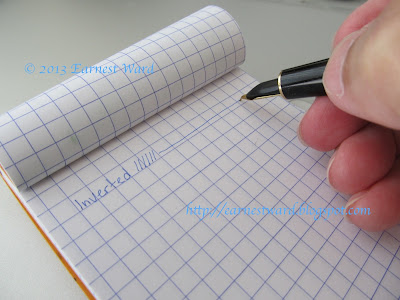 inverted, the pen may be held at a conventional angle 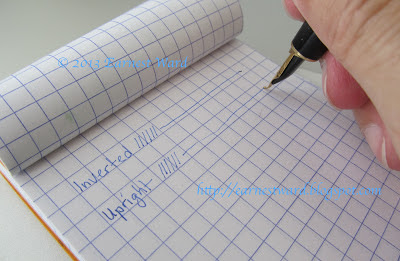 upright, the finest lines are achieved by holding the pen vertically -- like an oriental calligraphy brush 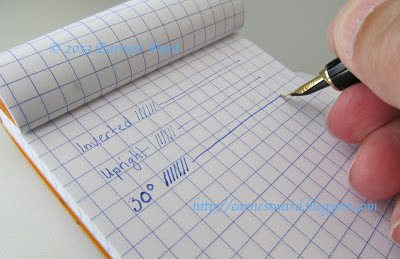 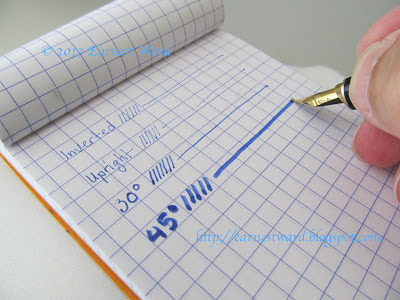 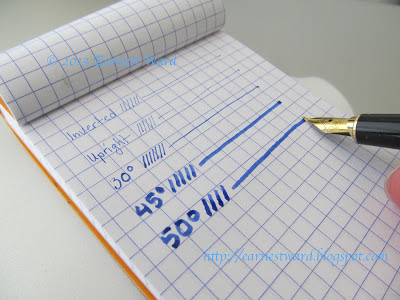 and at this angle the tap has really been opened up -- ink flow is phenomenal,
feeling more like painting with a brush than drawing with a pen
(allow extra drying time for the "puddles" where you use the flattest nib angles)

The M86 writes well in all directions but -- at least until I have more experience with this nib -- I personally found it easier to flow from one line width to another (and back again) when writing/drawing from side-to-side rather than up/down. 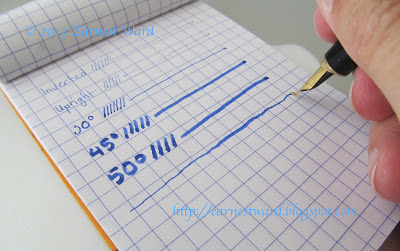 The method for achieving thick-to-thin "flick"marks may, at first, seem counter-intuitive as it requires that you turn the thick area of the nib in the direction of the stroke and the tip of the nib away from the stroke (imitating, if you will, the way the thicker "belly" of a brush is on the upper side of a stroke while the smaller tip tilts downstroke). 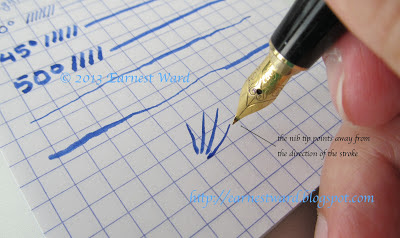 The Hero comes with a very rudimentary, single o-ring, sliding piston converter. When filling by immersing the nib into an ink bottle it will take 7-10 rapid strokes of the slide to completely fill the converted. (I found that a single stroke of the piston resulted in an air bubble that took up about a third of the ink reservoir.) 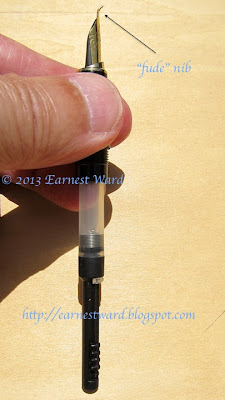 the converter plunger is straight push-pull

Alternately, the converter can quickly and easily be filled with the ink of your choice by using an ink syringe. And the M86 will readily accept a standard-sized international ink cartridge, which appears to have an ink capacity about 30% greater than that of the converter -- very useful indeed, given the Hero's propensity for ink consumption. But the inner cavity of the pen's barrel falls about 1/4 inch short of the length required to accept a long international cartridge. (And Todd Nussbaum, of isellpens.com, informs me that, unfortunately, even the less tapered barrel of the Hero 501-1 calligraphy pen falls just short of the length required to accept the international large.) 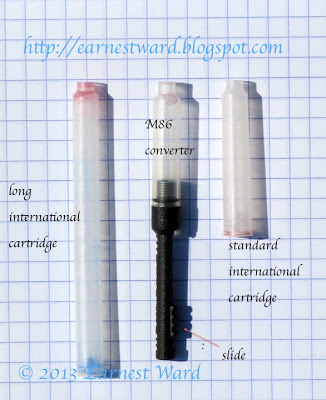 The Hero M86 calligraphy fountain pen will not be for everyone. The weight and unusual shape (more like that of a watercolor paint brush) may bother some; and the fude nib will certainly require some getting use to for many. But if you're looking for a fountain pen that can offer your a remarkable range of expressive line-making options without the potential risks use of a flex nib entail (i.e., catastrophic nib failure if flexed too far), and don't mind putting in a bit of practice time to master technique, this inexpensive pen may prove a remarkably creative, versatile, and useful tool. Not bad for $15 plus shipping & handling.

Postscript (a note about pigmented inks and cleaning the M86) -- some concern has been raised concerning the use pigmented and other permanent inks in fountain pens: specifically that these inks might clog or otherwise permanently damage their pens. In producing the poult sketch for this article I kept the pen uncapped for a rather extended period. (If you enlarge the image you'll note that I made rather extensive use of stippling, which can be very time consuming.) At no time during this session did I encounter any kind of start-up issues, or any other signs that the nib/feed system might be drying out.

The nib/feed are also friction mounted and easily disassembled -- so flushing and cleaning are very easy. (Care should be taken to avoid damaging the small breather tube on the rear of the feed as it must align with a small hole in the rear of the section. But, otherwise, the components seem quite robust.)

The cap, on the other hand, does not completely seal the nib. (Mild startup issues were encountered with non-waterproof ink after the capped pen had sat overnight in a horizontal position.) So, it would probably be wise to empty pigmented ink from the reservoir after a day of drawing and writing.