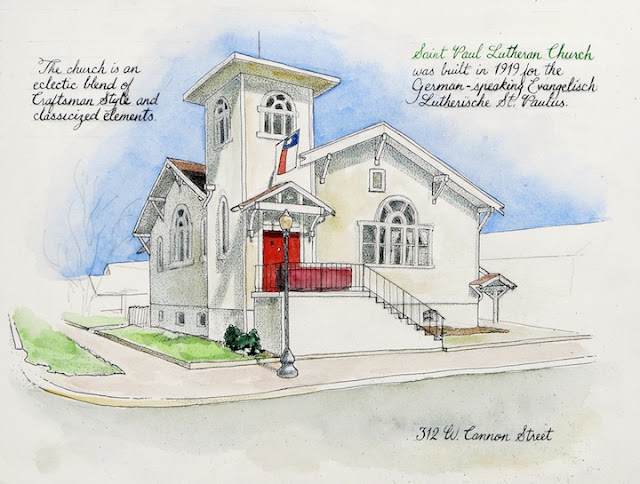 
A few weeks ago -- after a visit to my daughter's pediatrician for a periodic checkup -- we decided to take advantage of the delightful spring weather to do a bit of exploring. What we discovered was Fort Worth's Historic Southside District and a sleepy little neighborhood along May Street between Cannon and Leuda Streets. 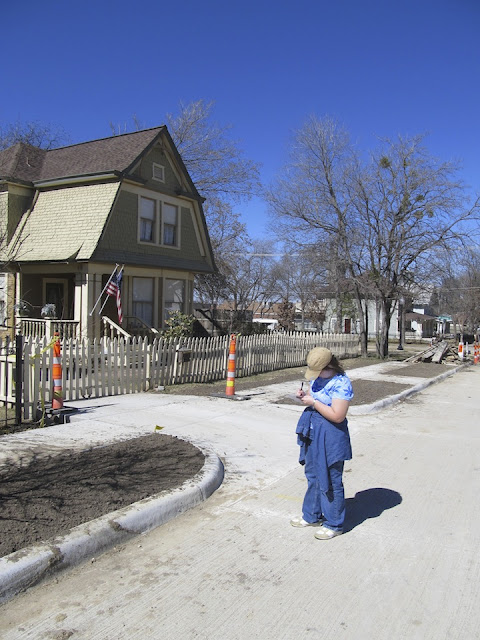 
This weekend -- during the 39th International Sketchcrawl, and while most sketchers in town were busy drawing downtown -- we decided to spend a little quality time less than a mile (but, in some ways, more than a century) away. The weather was perfect and, probably because May Street only recently reopened after undergoing a complete resurfacing, there was absolutely no street traffic to contend with. 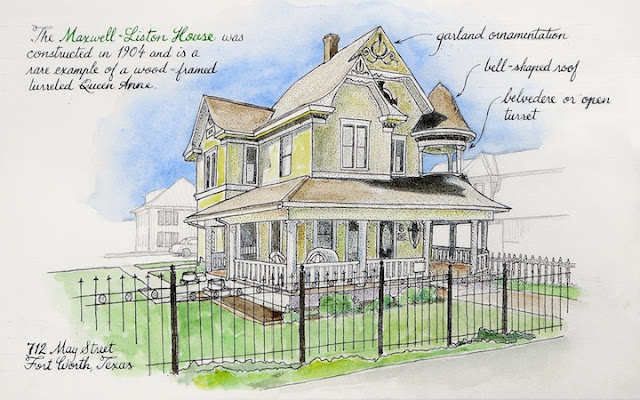 The first structure we sketched (and the one that first caught our eye) turned out to be the youngest building in the group -- Saint Paul Lutheran Church, which was built in 1919 and served the German-speaking congregation until they outgrew the premises in the early 1950s. It now serves as the offices of the Heise Law Firm. 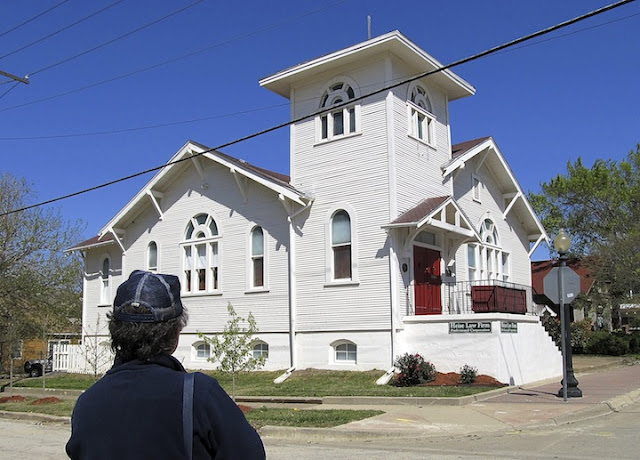 Our second structure was the Maxwell-Liston House, which is better known today as the Mattie May Inn B&B. Built in 1904 by local contractor, Charles Maxwell, the turreted Queen Anne-style house was sold to James Liston in 1907. Sadly, Mr. Liston, who owned two saloons in the notorious Hell's Half Acre, was shot and killed during a robbery on the back porch in 1917. (Legend, we were told, has it that the house is even haunted by Mr. Liston's ghost!) 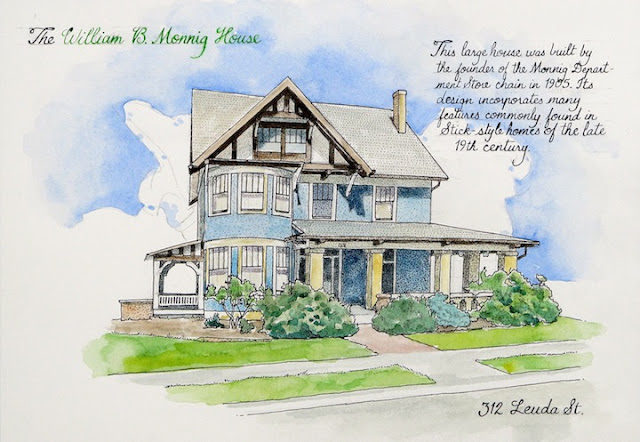 And the subject of our final sketches of the day was the Center for the Healing Arts, a gorgeous Stick-style house built in 1905 by William Monnig (founder of the Monnig Department Store chain).

My thanks to Martin Dahl, Christopher Heise, and the folks at Historic Fort Worth, Inc. for their assistance with historical details.